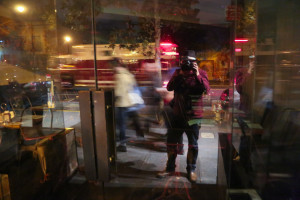 Jeffrey Martin was born in Berkeley, California.  He earned two degrees in philosophy but dropped out of his Ph.D. to write screenplays in Hollywood.  He has produced commercial videos in music, food, fashion, medicine, nonprofits,  and other industries. He has also been an Artist-in-Residence at the Taipei Artist Village in Taiwan, Experimental TV Center in New York, the Virginia Center for the Creative Arts, Elsewhere, and other leading art centers.  His video art, photography, and experimental films have been exhibited in the U.S., Europe, and Asia.  He has published fiction and nonfiction in the U.S. and abroad, and delivered papers and talks on film and digital technology at  Carnegie Mellon and University of Virginia.  His most recent fiction, The Strangeness of Clothes, was published in TANK magazine, London UK.   Jeff wrote, directed, and produced the feature film, My Fool Heart, with a cast of Americana musicians including music legends Merle Haggard, Dr. Ralph Stanley, Charlie McCoy and Jesse McReynolds and award-winning musicians Jim Lauderdale, Justin Townes Earle, and Elizabeth Cook.  His documentary, The Way of Dance: Lin Lee Chen and the Legend Lin Dance Theater, produced in Mandarin and English, is in post-production.